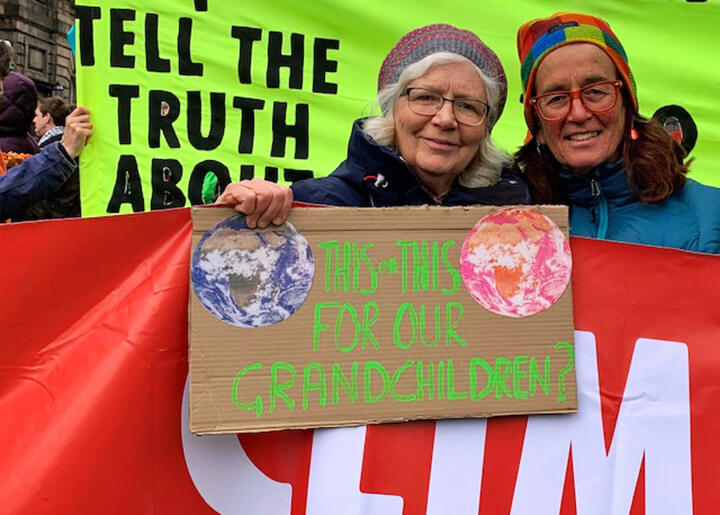 John Woolman’s words in 1772 sound as clearly to us now:
“The produce of the earth is a gift from our gracious creator to the inhabitants, and
to impoverish the earth now to support outward greatness appears to be an injury
to the succeeding age.” (Quaker faith & practice 25.01)

In 2011 at the annual gathering of Quakers in Britain (BYM) held in Canterbury,  Quakers made a strong corporate commitment to become a low-carbon, sustainable
community. This has become known as the Canterbury Commitment https://www.quaker.org.uk/documents/minute-36-leaflet

Part of the minute reads " A concern for the Earth and the well-being of all who dwell in it is not new, and we have not now received new information which calls us to act. Rather we are renewing our commitment to a sense of the unity of creation which has always been part of Friends’ testimonies.

In 2013, Quakers were the first church in Britain to divest our centrally held funds from fossil fuels: https://www.quaker.org.uk/our-work/sustainability/fossil-fuel-divestment

In 2021 and 2022, Quakers took an active role in campaigning for climate justice, in the run-up to the COP26 and COP27 conferences (where countries who are 'party' i.e. signatory to the Paris Agreement to work to limit global warming to 1.5 degrees, meet to negotiate what steps will be taken to achieve this). A major focus of Quaker concern here is the need for Loss and Damage funding, on the principle of Polluter Pays: at COP27 it was finally agreed to set up a Loss and Damage fund, and Quakers continue to work alongside others to push for this to come into effect.

In 2022, Quakers agreed they will make practical reparations for the trans-Atlantic slave trade, colonialism and economic exploitation, asking all their meetings and trustees to examine their resources and consider how to make reparations by financial and other means.

Quakers in Scotland are active members of the coalition Stop Climate Chaos Scotland https://www.stopclimatechaos.scot/  Scottish Friends advocate for action by the Scottish government where devolved powers allow: for example, in 2022 we wrote to MSPs urging them to support Scotland's joinging the Beyond Oil and Gas Alliance, as part of making a clear statement about the need to stop new fossil fuel exploration and development.

We've created a section of the website called "Green Light" about what we and others can do, and are doing, about the climate emergency.