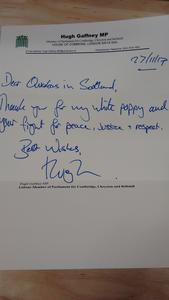 Thanks for the white poppies
Saturday, 9 December 2017

Parliamentary Liaison officer Mairi Campbell-Jack got this rather nice hand written letter in the post. 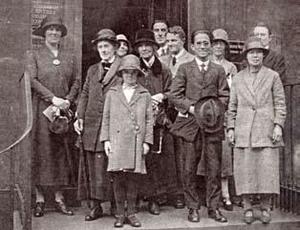 This article was written by David Mealand of Central Edinburgh Meeting and first appeared in Sesame 146. 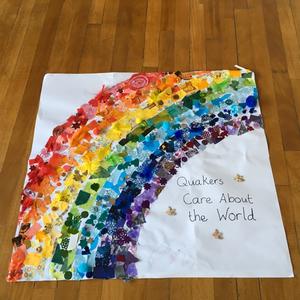 On Saturday 21st October, Polmont Quakers had our second Coffee Morning in the church nearest to the High Street in Falkirk. 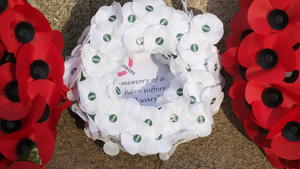 In these sombre days of Remembrance, many wear red or white poppies. Some wear both together. 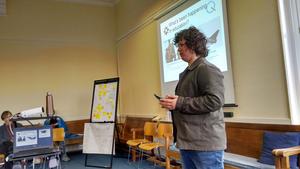 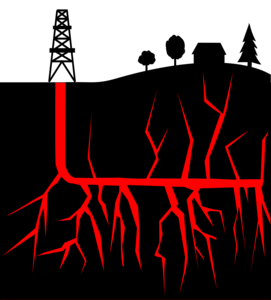 Quakers in Britain welcome the decision by the Scottish Government to ban fracking. They say the decision is a key step in tackling the climate crisis. 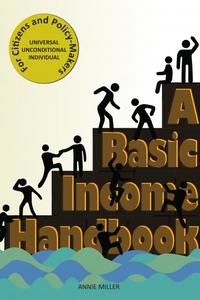 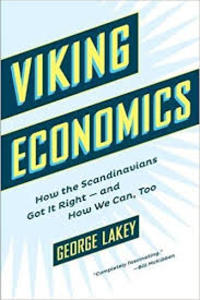 A DIVIDED BRITAIN: WHAT CAN WE LEARN FROM THE NORDICS? 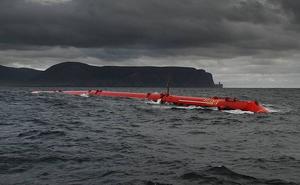 South East Scotland Quakers have responded to the Scottish Government