Wearing poppies for hope and remembrance 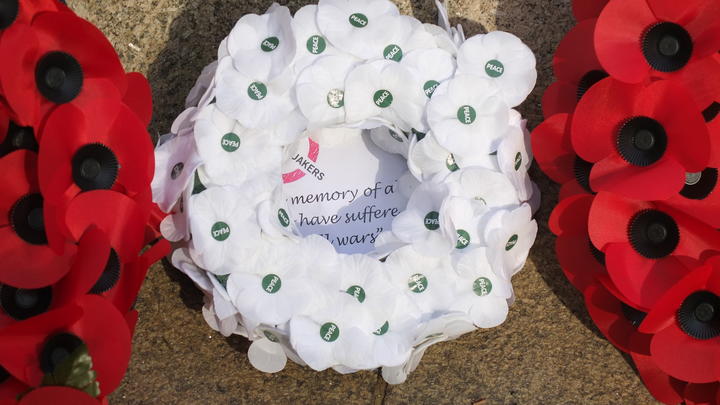 In these sombre days of Remembrance, many wear red or white poppies. Some wear both together.

The first red poppies were sold by the Royal British Legion in 1921 to support World War I veterans and to remember service men and women killed in conflict. In 1933, the white poppies were introduced by the Women's Cooperative Guild, to say very clearly, “No more wars. No more killing. Let us work for peace."

The white poppy represents the hope of peace.

Many wearers of the white poppy believe that remembrance, opposition to war, and work for peace can go hand in hand. The white poppy represents those on all sides who have died, been injured or still suffer in conflicts across the world.

Quakers have compassion for all those affected by war including injured and disabled military and civilians everywhere and their families.

This year Quakers of General Meeting for Scotland – with Women's International League for Peace and Freedom, Peace Pledge Union, and the Edinburgh Justice and Peace Centre – have sent nearly 200 white poppies to all Scottish MEPs, to MSPs in the Scottish Parliament and to all Scottish MPs in Westminster.

Mairi Campbell-Jack, Scottish Parliamentary Engagement Officer for Quakers in Britain said, “Quakers are led by faith to believe that war is not inevitable.  It is important to hold witness to the devastating effect of war on all nations, as well as to civilians, communities, children and families – the white poppy represents this."

The Peace Pledge Union makes and distributes white poppies. They are on sale in many meeting houses, including Edinburgh Quaker Meeting House and from Friends House in London. They can be ordered by phoning 020 7663 1030 Monday to Friday 10.00am to 4.00pm.