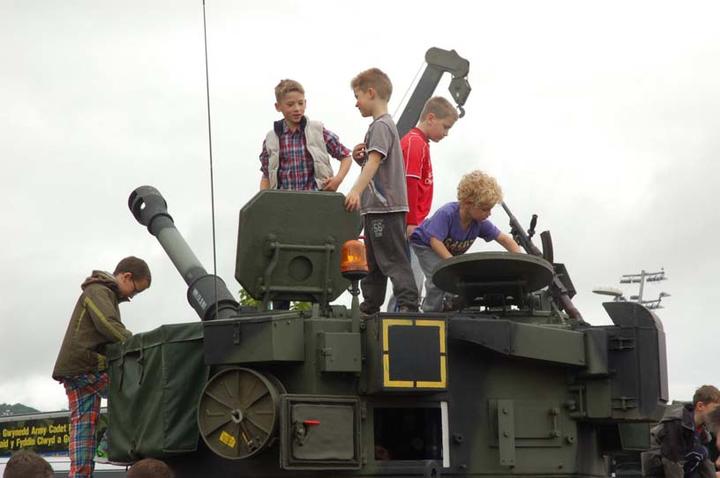 Quakers in Scotland and ForcesWatch are presenting a petition to The Scottish Parliament on Thursday (15 September) calling for greater scrutiny, guidance and consultation on armed forces visits to schools in Scotland.

The public petition lodged jointly by ForcesWatch and Quakers in Scotland, has more than one thousand signatories. Scotland’s largest political youth organisation, the SNP Youth, are supporting the petition.

Over four-fifths of state secondary schools in Scotland were visited by the armed forces in a two-year period, according to a 2014 ForcesWatch report.

The petition calls on The Scottish Parliament Education and Culture Committee to hold an inquiry into armed forces visits, and for the Scottish Government and local authorities to:

Mairi Campbell-Jack is Scottish Parliamentary Engagement Officer for Quakers in Britain. On Thursday, she will be appearing with ForcesWatch representatives before the Parliament’s Petitions Committee. She says, "This issue needs scrutiny and public debate by all in Scottish society, especially parents and children themselves. Quakers in Scotland are led by faith to be concerned about increasing militarisation in Scottish state schools."

Emma Sangster, Coordinator for ForcesWatch, which monitors military recruitment practices, says, "Schools, in our view, must ensure the unique risks, legal obligations and ethical questions faced in the armed forces are given due and proper consideration.

"We hope this petition will spark a wider public debate and see Scotland follow Wales in accepting recommendations to increase scrutiny of armed forces visits and broaden the range of employers going into schools."