Thanks for the white poppies 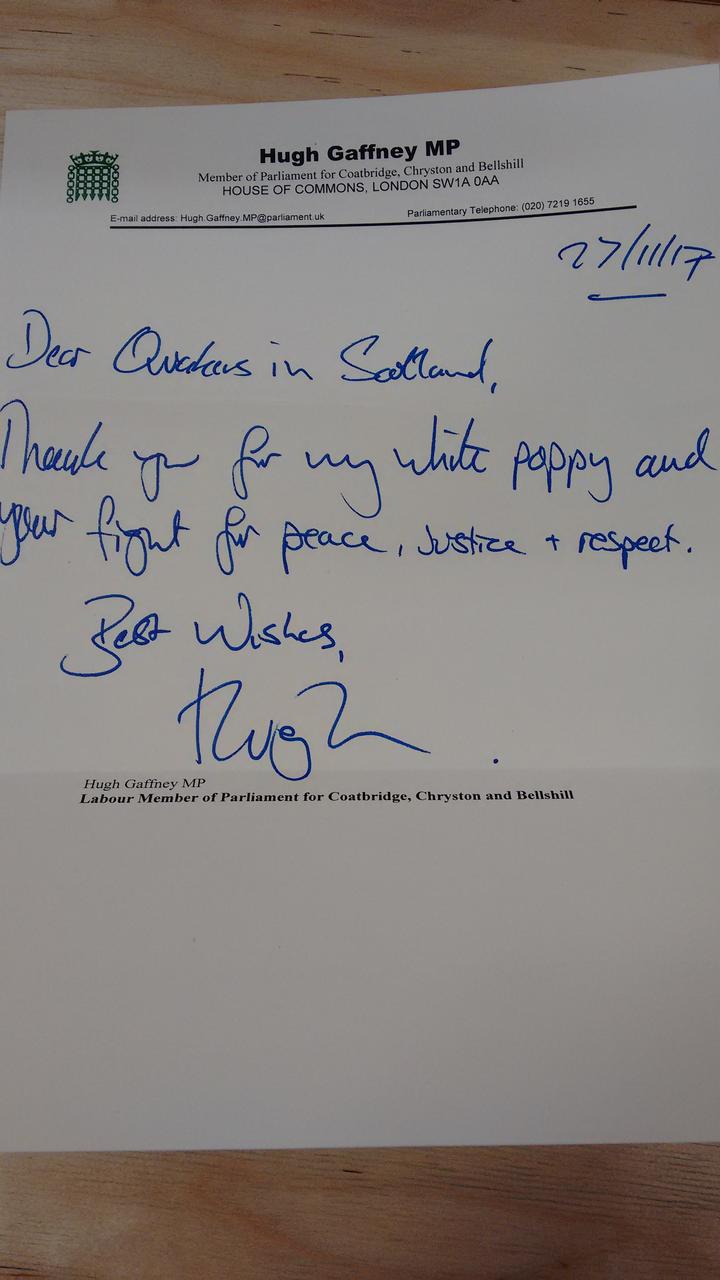 Parliamentary Liaison officer Mairi Campbell-Jack got this rather nice hand written letter in the post. In it Hugh Gaffney, Labour MP for Coatbridge, Chryston and Bellshill thanks us for the white poppy that he received from Quakers in Scotland.

This year Quakers of General Meeting for Scotland – with Women's International League for Peace and Freedom, Peace Pledge Union, and the Edinburgh Justice and Peace Centre – sent nearly 200 white poppies  to all Scottish MEPs, to MSPs in the Scottish Parliament and to all Scottish MPs in Westminster."