A good day out! 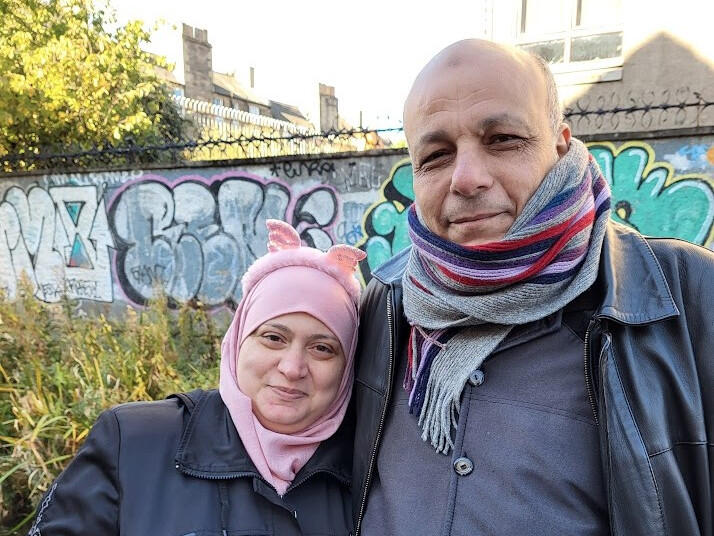 A good day out!

Fàilte Edinburgh Community Sponsorship Group was established about a year and a half ago to support a Syrian refugee family to come and settle in Edinburgh. Our twenty-eight volunteers are a mixture of Quakers and non-Quakers. Some of us are fortunate enough to speak Arabic and the rest of us rely on Say-Hi, goodwill and other creative forms of communication! 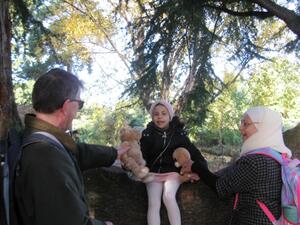 Climbing trees is good fun
After a lot of training, form-filling, document writing and meetings with the City Council and Home Office we were finally ready to welcome the family at Edinburgh Airport on a bright day in mid-August. They had relocated from Cairo and are now living on the Southside in a flat leased on their behalf and furnished through generous donations from Quakers and other donors who had heard about the project and wanted to support it.

A lot has been achieved since then in terms of helping the family to settle in and manage their affairs, including applying for benefits, setting up bank accounts and accessing healthcare.

The children are getting used to their new schools and their English comprehension is increasing. One of them has joined a homework club for Syrian pupils. Their enthusiasm for any new experience is heart-warming, and all the volunteers enjoy spending time with them. 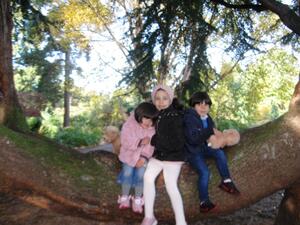 Come on up!
For their parents, the settling-in period has been harder, as we were told to expect. Learning English from scratch is extremely difficult and attending their daily lessons in Leith, coupled with taking and collecting children from different local schools each day is naturally quite tiring.

Another challenge had been adjusting to the change in climate - from the hot, dry deserts around Cairo to the mild sunshine and showers of a typical Scottish autumn. They, like us, dislike the rain! Because of that one or two proposed expeditions have had to be cancelled but others, particularly the canal boat trip and a picnic in the Botanics over half-term were a great success.

Welcome to the Union Canal! 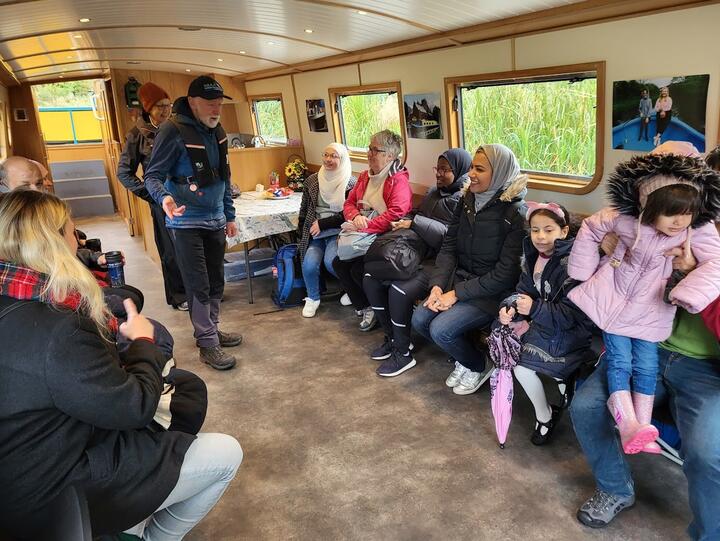 Welcome to the Union Canal!

Up to now they have been accompanied to nearly all of their appointments by one or more of the Fàilte Edinburgh volunteers. Every visit and appointment has had to be co-ordinated with school drop-off and pick-up times, ESOL classes and Friday Prayers at the Mosque. Each one has also required the presence of a volunteer or a professional Interpreter.

Lunch at the Botanics 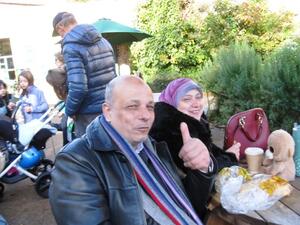 Lunch at the Botanics
After every visit a detailed report is written and to date seventy-eight such reports have been filed. Naturally this is time-consuming in terms of planning and execution.

The family are very appreciative of the help we’ve been giving them and say they are happy to be in Scotland, despite the huge adjustment to their lives.

It is still early days but the group sees progress being made towards greater independence for the family and a decreasing need for our support as the year unfolds which, of course is our ultimate goal.